Manuscript of the week

The manuscript of this week features a document in Khotanese, an Eastern Iranian language spoken in Khotan in present-day Xinjiang, China in the 5-11th centuries.

In manuscript studies, every tiny bit of manuscript is precious. Sometimes, one single letter, or even half of one, can solve a big problem.

Khotanese is no exception. Most of the Khotanese documents discovered in the vicinity of the Khotan oasis date to the second half of the eighth century or slightly later, and many of them bear a date in the regnal year of a king of Khotan called Viśa’ Vāhaṃ. (In the ancient world, the regnal year is a common practice to designate the year by the number of years that a ruler was in power. For example, for Americans, 2020 is the fourth year of Donald Trump’s presidency.)

Most of the Khotanese documents discovered in the vicinity of the Khotan oasis date to the second half of the eighth century or slightly later, and many of them bear a date in the regnal year of a king of Khotan called Viśa’ Vāhaṃ.

The absolute chronology of these documents is, however, a thorny problem, since we do not know the year when Viśa’ Vāhaṃ officially succeeded his elder brother, who went to hinterland China to help quench the An Lushan Rebellion, which broke out in late 755 CE. Fortunately, two documents from the Hedin Collection can help us in this regard. (The Hedin Collection of Khotanese documents are a group of 70 manuscripts on paper and wood purchased from the locals in Khotan by Nils Ambolt, a member of the Sino-Swedish Expedition in 1933. The first one is Hedin 24, a Chinese-Khotanese bilingual order, issued at the hour of Chen (7-9 AM), on the 4th day of the intercalary fourth month, in the 14th year of the Zhenyuan era (798 CE). 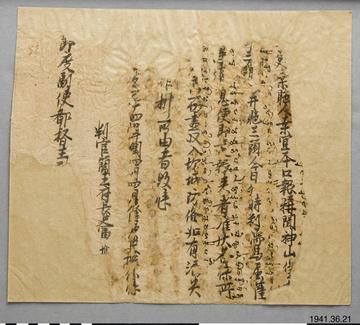 The second one is Hedin 21, an order in Khotanese from the king of Khotan, issued on the 28th day of the second (= intercalary) Siṃjsījsa (the fourth month) of the 32nd regnal year. In solar calendars, such as the Gregorian one, an additional day (29 Feb) is added every four years. In lunisolar calendars, such as the Chinese and the Jewish one, an additional month (= the intercalary month) is sometimes added to the year. Because 1) both orders are dated to the intercalary fourth month, 2) these two orders have related content, 3) the group of documents to which these two orders belong spans only 5 years (from the 32nd to the 36th regnal year), and 4) the same intercalary month does not repeat within 5 years, these two orders must have been issued in the same year. 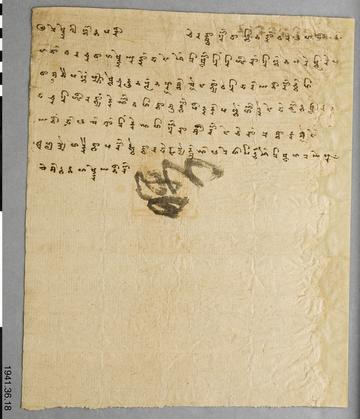 In other words, the year of Hedin 24 (798 CE) is the 32nd regnal year, and Viśa’ Vāhaṃ’s first regnal year is 767. Q.E.D. All of above sounds plain and simple, before you actually look at the manuscripts themselves. In fact, the dating formula in Hedin 21 is fragmentary. Only 2 akṣaras (a term roughly equal to ‘sign/character/letter’) are visible at the end of line 6: śe’ siṃ śe’ means second, siṃ is the beginning of the month name.

The only possible one is the 4th month Siṃjsījsa. If it weren’t for this partially preserved akṣara, we may never be able to anchor the relative chronology of the Khotanese documents to an absolute one. Are you aware of any other serendipities like this in manuscript studies? (I mostly just keep running into the same Catch 22: a manuscript always breaks off just when it gets really interesting.) Written by: Zhan Zhang Reference: Zhang Guangda 张广达 and Rong Xinjiang 荣新江 “Ba shiji xiabanye zhi jiu shiji chu de yutian.” 8世纪下半叶至9世纪初的于阗 [Khotan in the latter half of the eighth century and the beginning of the ninth century] Tang yanjiu 唐研究 3 [Tang Studies] (1997): 339-361.