The Invisible East programme at the University of Oxford’s Oriental Institute brings the medieval Islamicate East to the forefront of historical research by studying texts written in the multilingual world of medieval Iran, Afghanistan and Central Asia.

The programme is financed until 2025 with a core staff of seven researchers funded by the Arts and Humanities Research Council (AHRC) and European Research Council (ERC) respectively in the Go.Local and PersDoc projects both of which are led by Senior Research Fellow Arezou Azad.

Invisible East specialists transcribe, translate and analyse texts, most of which reflect everyday, local use – such as, receipts, personal letters and legal opinions – while others are literary in nature.

The initiative incorporates a range of languages, including Early New Persian, Judeo-Persian, Arabic, Bactrian, Sogdian, Khotanese and Pahlavi, and sheds new light on the political, financial and legal infrastructures at the granular level, historical writing, linguistics, and cultural and religious diversity in the medieval Islamicate East.

Why we do it

Today, in the popular imagination, the vast and pivotal region that stretches from eastern Iran to Tibet, known as the Islamicate East, is notorious as the cradle of terrorism, violence and war.

And yet, during the half millennium that followed the coming of Islam (8th to 13th centuries CE), this same region witnessed a mixing of cultures and religions that was both unique in itself and extraordinarily influential upon neighbouring societies (a pluralism and dynamism that is captured in the term, “Islamicate” and in the image of lapis lazuli as the prized gem traded from Badakhshan, Afghanistan).

One cause of this apparent contradiction is the lack of any single, coherent research programme dedicated to the study of the Islamicate East. Moreover, the field appeared to lack the sources for such a study.

However, local texts from Afghanistan’s Bamiyan and Ghur regions have become publicly available. They include documents, letters and literary fragments that were written by local Jewish and Muslim traders, business people, clerics, mothers and fathers, poets and rebels.

They attest to an array of relationships, of coexistence, cooperation and conflict between people of different religions in the 11th to 13th centuries CE.

Several hundred more local texts from the medieval Islamicate East found in parts of the modern states of Iran, Afghanistan, Pakistan, and the wider Central Asian region (Uzbekistan, Tajikistan, Kazakhstan and Khotan in China) have also not yet been analysed for their historical content. 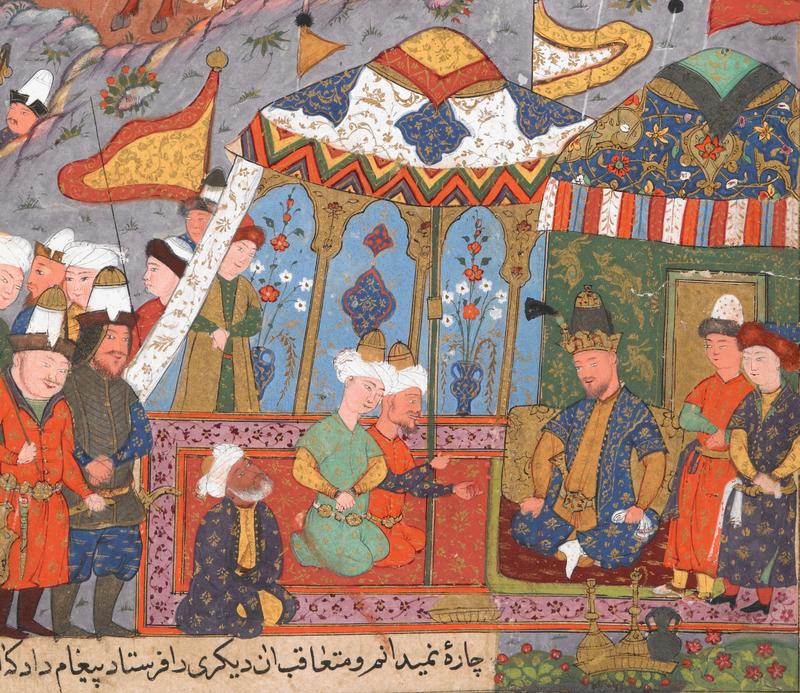 • To understand the roles played by different stakeholders (political, religious, legal, financial) in the construction of multicultural communities and societies across the Islamicate East;

• To ascertain how texts and material culture help us understand relations between Muslims, Jews, Buddhists, Zoroastrians, Christians, and other faiths in the Islamicate East; and

• To establish how the Persian language developed and interacted with other languages (Arabic, Hebrew and others) in the multicultural Islamicate East.