Invisible East co-Investor Hugh Kennedy's seminal The Prophet and the Age of the Caliphates is coming out with a new (fourth) edition with Routledge publishers in July 2022. Crucially, this new edition is expanded to include more information on the Islamicate East.

Hugh Kennedy, The Prophet and the Age of the Caliphates new fourth edition, Routledge July 2022 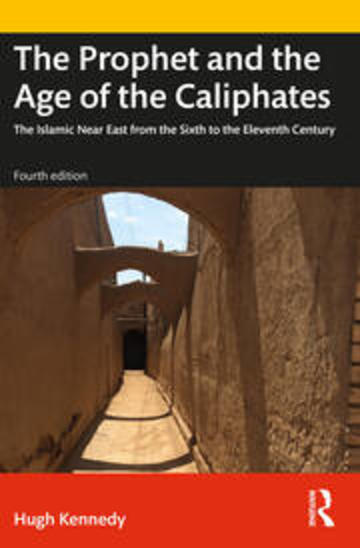 Invisible East co-Investigator Hugh Kennedy's The Prophet and the Age of Caliphates is an accessible history of the Near East from c.600-1050AD, the period in which Islamic society was formed. Beginning with the life of Muhammad and the birth of Islam, Hugh Kennedy goes on to explore the great Arab conquests of the seventh century and the golden age of the Umayyad and Abbasid caliphates when the world of Islam was politically and culturally far more developed than the West. The crisis of the tenth century put an end to the political unity of the Muslim world and saw the emergence of the Fatimid caliphate in Egypt and independent dynasties in the Eastern Islamic world. The book concludes with the advent of Seljuk Turkish rule in the mid-eleventh century. This new edition is fully updated to take into account recent research and there are two entirely new chapters covering the economic background during the period, and the north-east of Iran in the post Abbasid period. Based on extensive reading of the original Arabic sources, Kennedy breaks away from the Orientalist tradition of seeing early Islamic history as a series of ephemeral rulers and pointless battles by drawing attention to underlying long term social and economic processes.

The Prophet and the Age of Caliphates deals with issues of continuing and increasing relevance in the twenty-first century, when it is, perhaps, more important than ever to understand the early development of the Islamic world. Students and scholars of early Islamic history will find this book a clear, informative and readable introduction to the subject.

Chapter 1 The matrix of the Muslim world: the Near East in the early seventh century

Chapter 2 The birth of the Islamic state

Chapter 8 The structure of politics in the Muslim commonwealth

Postscript: the coming of the Seljuks