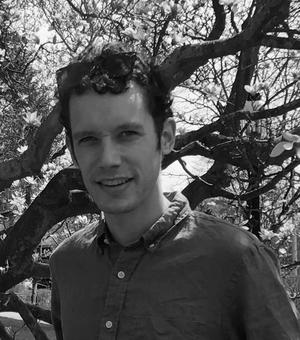 Thomas is a historian of the ancient and medieval Middle East, focusing especially on intellectual and economic history. Born in New York City, he holds an M.A. in Religion from the School of Oriental and African Studies, and a B.A. in Classics from Yale University. HE graduated from Princeton University with a doctorate in Near Eastern Studies in 2020.

As postdoctoral researcher on the Invisible East programme, Thomas is primarily concentrating on Middle Persian and Arabic documents from early Islamic Iran and Central Asia (ca. 7th-13th cent. CE), and what they tell us about early Islamic economy. His first book project, “The Scholars of Sasanian Iran and Their Islamic Heirs,” examines medicine, astral science, and philosophy in Sasanian Iran, and how the Sasanian legacy informed developments in these fields in the early Islamic world.

Generally, Thomas is interested in the translation and translatability of texts and ideas across cultural and linguistic boundaries: how and why Indian astronomical theories might have made their way to Sasanian Iran; to what extent landowners on the Iranian plateau in the early Islamic period were interested in making a “profit,” as we would understand the term. His publications include: “A Greek Source for the Treatise on the Composition of Man Attributed to Aḥūdemmeh Anṭīpaṭrōs?” Hugoye: Journal of Syriac Studies 22.1 (2019): 3-37; and a review of Eberhard Sauer (ed.), Sasanian Persia: Between Rome and the Steppes of Eurasia (Edinburgh: University of Edinburgh Press, 2018), in Journal of Late Antiquity 13.1 (2020): 182-4.