A summary of the New Persian manuscripts that we have from Afghanistan.

1. Khalili Persian documents consist of 14 folios comprising 16 pieces of unique documents. Out of 11 acknowledgement deeds in the collection, there are four estate sale deeds, three loan-related documents, three marriage-related and one court litigation. Their dates range from 593/1197 to 617/1220. The collection’s significance lies in the fact that it has the longest and most detailed Persian legal documents that have been known. They provide a glimpse of the application of Islamic law in the Islamicate East.

2. NLI documents (generally known as Afghan Geniza): The largest collection of documents from Islamicate East written in several languages. The Persian block also is the biggest collection of Persian documents (280 fragments), including the earliest piece of New Persian writing in Arabic script, dated 395 AH/ 1005 CE. The latest dated fragment is from 618 AH/ 1221 CE. The National Library of Israel purchased 220 sheets of New Persian and Judeo-Persian writing from Afghanistan in 2013-17. All are available to view on the NLI website, with basic catalogue entries produced by Ofir Haim. Here you will find the summary of our readings and transcriptions of the first set of 100 sheets. Some sheets are stand-alone documents, others belong to a set (e.g. a poem that extends across several sheets); others are written on recycled paper meaning that one sheet consists of two documents, one on each side. Some texts and documents are complete, others fragmentary; all are written on paper. Most are indeed documentary (letters, legal notes, commercial delivery notes, etc); a few are literary in nature (astrological notice, glossary/dictionary fragment, poem). By far the largest group is commercial/ financial in nature, which together with  commercial delivery records make up nearly two-thirds of the sheets (see pie chart below). The documents range in date from between 1011 CE and 1221 CE, with big gaps in between (see bar chart below).

A large subset of documents (ca. 42) refers to the same family. More details are being worked out by the team on this sub-set, and our findings will be featured in a forthcoming article and blog posts on this site, so watch the space.

For some more details on the set, see our StoryMap. 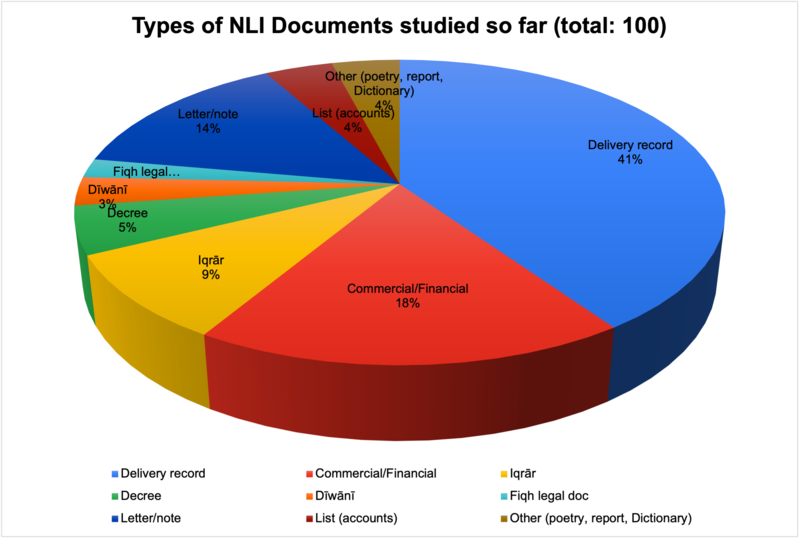 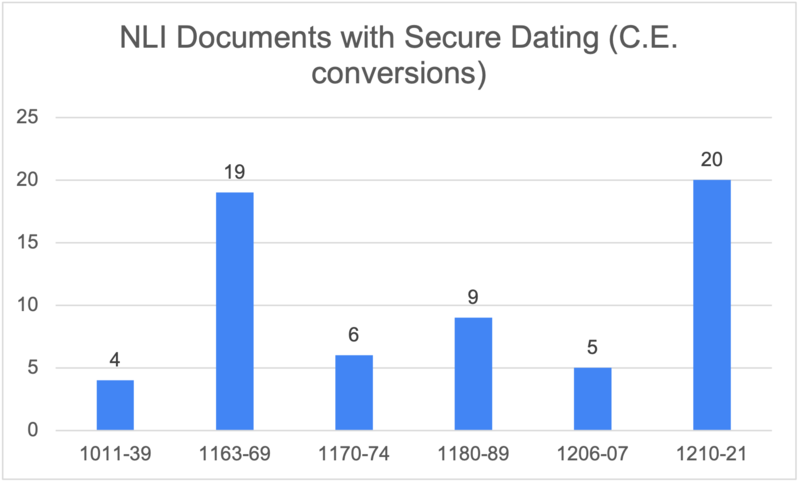